In 2012 Planet Earth and its inhabitants entered the Age of Light…
…which in the cosmic scheme of things is a natural evolutionary step for both the Earth as a sentient being and for the collective of humans who incarnate here. Many thought this “New Age” would be some kind of Utopia and that the expressions of the lower frequencies that had taken hold in this realm would somehow just disappear. Well now, a few years in, we know that isn’t how this is unfolding! 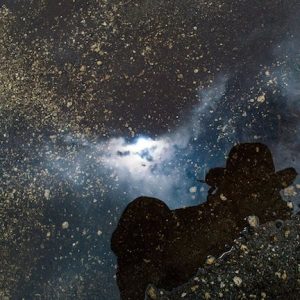 However there has been a stronger presence of the Great Cosmic Light which has revealed the reality of lower frequencies in play making it quite clear that a lot had to change. I mean a lot. There was (and still is) so much out of sync with the natural rhythms of the most fundamental aspects of life!

But let’s face it: Making real changes even on a personal level let alone in the world at large is something we humans as a species tend to resist. And making changes when so many things are uncertain, as they have certainly been for the  last several years, if not decades, is hard. Change that we don’t choose, as is so prevalent in our current reality, is even harder still to embrace.

Neptune’s and Pluto’s role in this time of transition…the short version.
Pluto entered Capricorn in 2008 (which was the first time since the inception of the USA) and ever since 2008 has been working away at exposing hidden and outdated agendas and corruption in our governments, corporations, etc. largely associated with the previous age.

Then in 2011 Neptune entered Pisces sent to continually remind us that support from the higher, spiritual realms is always there. It has also brought inspiration, increased our faith when we needed it most and helped us to develop our intuition while forging inner pathways to our guides and higher self.

These are only some the roles these two powerhouses are playing during this time of planetary evolution in 2012 as great light poured into this realm (See Living in the Age of Light). There really couldn’t have been better signs for Neptune and Pluto to be in during this time. Yet in order for real change to occur in such a massive way and in such a short time there has to be an impact in the physical from the higher realms as well.

Enter Uranus in Taurus…
Esoteric Astrologer Malvin Atley tells us that Taurus is “The Penetrating Light” which is the Cosmic Light that enters the physical realms. Surely Uranus is the perfect carrier for this Light. 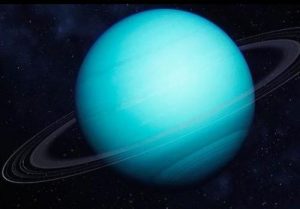 Uranus is called “The Great Awakener” whose Cosmic Agenda it is to pierce through the veils of unconsciousness and resistance and bring greater light into the lower realms connecting us more directly with higher frequencies. This is often done in unpredictable and unconventional ways. Uranus rules lightening which is a good symbol for how its energies work, often in an unexpected flash! A Uranian influence can catch us off guard so we can’t ignore or thwart its impact by knowing what’s coming. As a result Uranian influences generate a greater sense of aliveness usually in areas and ways we couldn’t have even seen or known beforehand.

For the first time in 84 years Uranus entered Taurus in May 2018, the sign that rules many aspects of life in the physical realm. It will be here for seven years bringing with it many changes to the things in life that are tangible and perceptible such as the economy and environment, how we connect and socialize (Uranus rules the interest) and Earth events such as fires, weather patterns and volcanoes (Uranus entered Taurus in mid-May, 2018 exactly when the Kilauea eruptions began).

Esoterically Uranus can shift how you see and understand the nature of creation, which is an essential aspect of the sign of Taurus at the highest levels. This greater understanding can open the way for you to manifest what you dream of and wish for as well as what you need and require to not only survive but to thrive.

Lastly Uranus in Taurus can help us individually and collectively clear away old patterns and out dated systems that have become hindrances to our growth and evolution.

May you travel In Light…always,

© 2021 by Elizabeth Jones. All rights reserved.
Feel free to share this article however please do so without change or alteration, giving credit to:
www.starpathways.com & Elizabeth Jones