Welcome to my site.

On this page you’ll find some information about me including what inspired me to study Astrology and other subjects of a metaphysical nature. 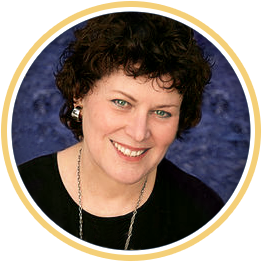 I began studying astrology and metaphysics as a young teen in 1964. My mentor and first teacher was my paternal grandfather, Ralph Jones, who had studied astrology, metaphysics and theosophy since the 1920s. His influence on me was profound, to say the least, and certainly life-changing, which I have come to recognize and appreciate even more as the years by.

There are many stories to tell about our relationship and what I learned from him, often revolving around some rather mysteries experiences I had yet couldn’t explain.

One particularly powerful event occurred in August of 1964 when I nearly drowned off the coast of Mendocino. I was in a kayak with a friend when we were hit broad-side by a wave while quite a way from shore. We tumbled over and over in the water unable to get out of the kayak (I don’t care for them to this day). As we spiraled in and out of the water, it seemed to me as though I had entered some kind of altered state where time stood still as the real-time situation I was in receded to the back of my mind and some other reality took over. Gramp listened intently when I later described what happened. He wanted to know every detail and then offered some insights as to what can occur during such traumatic events.

On another occasion, in my early 20’s, I was in a car accident where I rear-ended the car in front of me going about 40 mph (yes, my fault all the way). On impact, my head hit the inside of the windshield (it was a VW bug). As it did, I saw myself from outside the car, watching as I hit yet I didn’t feel a thing. I was later told that if I had had my head tilted up even another 1/4″ I would have broken every bone in my face. I broke none. I truly felt as though I was being protected during the entire incident. 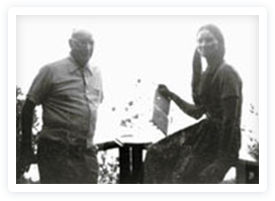 Gramp and me talking astrology.

I have had several other unusual incidents occur in my life and whenever I did, my Grandfather was most intrigued and always there to answer my many questions and always from a more alternative and mystical perspective. What an incredible gift to have him there for me this lifetime!

Gramp was my mentor, anchor and guide as I began my exploration into the mystical world of metaphysics and astrology. Many times we would stay up late into the night, him smoking his pipe in his study, surrounded by his many books on the subjects that pulled at me. I have those books to this day and cherish every one of them.

Someday I intend to write more about my Grandfather and the things he taught and revealed to me. Perhaps even how he taught me to Astral Travel!

He was a wise, loving presence in my life for which I will always be grateful. And I feel his wisdom, knowledge and capacity to love unconditionally guiding and inspiring me in my work and in my life to this day.

I lovingly dedicate this site and my work to him, a true Guiding Light in my life. My hope is that my work and offerings will serve as a Guiding Light for you as well.

Blessings and Light to you as you journey on your Path.
Elizabeth

“We make our world significant by the courage of our questions and the depth of our answers.”